Physical Therapy is a highly fragmented market with no clear industry leader. Dominant industry players own less than 21% of the total market share combined.

If you're considering starting a healthcare business or a franchise opportunity in the healthcare space, now is the time to examine which franchise model is right for you. Here are 5 concepts that are quickly emerging as industry leaders in physical therapy franchises.

This franchise concept was founded by Andy Zapata in late 2003 and has 45 locations in operation in three different states. In 2020, Physical Therapy Now ranked #500 on Entrepreneur’s Franchise 500 list. They specialize in extended hours at some locations, offer patients complimentary transportation, and use occupational therapists.

ApexNetwork had humble beginnings in Highland, Illinois as a single location in 1997 and they adopted a franchise model in 2008. ApexNetwork is headquartered in Ballwin, Missouri and they have 90 franchised locations. They are a full-service physical and occupational therapy provider offering sports rehabilitation, industrial rehabilitation, and aqua therapy. 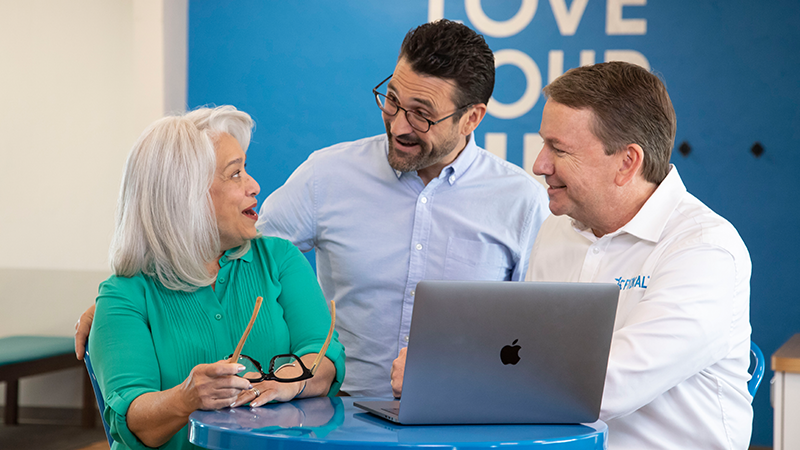 FYZICAL is headquartered in Sarasota, Florida, and opened its first franchise location in 2013. The fastest-growing physical therapy franchise has grown rapidly to more than 490+ locations within the United States. FYZICAL was named the #1 Physical Therapy Franchise by Entrepreneur Magazine and is ranked #66 in Entrepreneur’s Franchise 500. Franchise Business Review named FYZICAL as Most Profitable Franchises in 2021. FYZICAL Therapy & Balance Centers offer physical therapy, the #1 Balance and Vestibular Program,  as well as fall prevention, sports rehabilitation, fitness programs, and individualized wellness programs.

PT Solutions was founded in 2003 by Dale Yake. This brand has 296 locations throughout eight states, including Alabama, Florida, Illinois, Kentucky, Louisiana, North Carolina, and Tennessee. Individual locations are owned by physical therapists and occupational therapists. They partner with private owners and with health systems.

This franchise was founded in 1990 and has 570 outpatient physical therapy clinics in 42 states. The company’s rapid growth is due to its number of strategic acquisitions since its inception. U.S. Physical Therapy specializes in pre and post-operative care for sports and orthopedic injuries. In addition to the franchise locations, the company manages additional PT facilities for 3rd parties – including hospital and physician groups. U.S. Physical Therapy is headquartered in Houston, Texas.

How Much Does a Physical Therapist Make

How to Fund Your Physical Therapy Practice

See Why Fyzical is a Top Low-Cost Franchise

FYZICAL Resources For You:

FYZICAL represents the future of physical therapy profession! Learn about some of the significant industry trends we’re planning on leveraging in...

How to Open a Physical Therapy Practice of Your Own

Wondering how to open a physical therapy practice? It’s easier than you’d imagine when you partner with FYZICAL! Learn the basic steps in the...

Being a manager means every day is a new adventure. Here are seven tips to becoming a better manager in your physical therapy practice.